The date collected by Darlington authority this year shows that the use of Twitch is growing in young people aged 9 – 11 using Twitch, as with any app, game of social network there are some concerns so here is further information for you to use and share.

Twitch – is a live video streaming service for video gamers to stream live footage of themselves playing video games. Viewers watching your stream can type live comments about your stream as you play. As of May 2018, it had 2.2 million broadcasters monthly and 15 million daily active users, with around a million average concurrent users. To sign up for Twitch you must be aged 13+ and Twitch states on its website that The Twitch Services are not available to persons under the age of 13. If you are between the ages of 13 and 18, you may only use the Twitch Services under the supervision of a parent or legal guardian who agrees to be bound by these Terms of Service. The typical Twitch user is male and aged between 18 and 34 years of age.

Our Concerns – While Twitch is a legitimate platform enjoyed by millions of users it doesn’t come without issues particularly for younger users. Comments left on peoples live streams can be at times very abusive, negative and explicit. Female gamers who stream are often the target for abuse and receive offensive and explicit comments. Younger users are also known to be targeted for abuse by older users who see them as an easy target to wind up etc. We are also aware of users becoming very upset and stressed when no one watches their streams or they receive negative comments. This is having a negative impact upon their self-esteem and confidence. Appropriate content is a major issue with regards to younger views as many of the games broadcast are not suitable with games such as GTA 5 and other 18 cert games broadcast. These broadcasts are often accompanied with a content warning on start-up but you don’t have to verify your age.

While we have seen a rise in primary age children saying that they are using Twitch it may not mean that they have an account as you can access Twitch streams without needing an account. You cannot leave comments on someone’s stream however without an account.

Please find a useful link below: 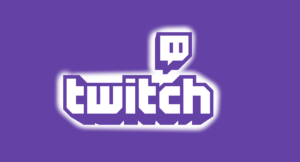