What Parents and Carers Need to Know About ‘Signal’

The multimedia messaging app Signal has been dubbed “an overnight success, years in the making”. The result of a merger between two older apps (TextSecure and RedPhone), Signal has been available since 2015, but didn’t gain notable popularity until the latter half of 2020 – since when it’s been downloaded by an additional 20 million users globally.

Co-founded by the man who also started WhatsApp, Signal has been one of the major beneficiaries from the controversy around WhatsApp’s changes to its privacy policy last year. The two apps have plenty in common, so it was hardly surprising that users leaving WhatApp would head for what for appeared to be a ready-made replacement. If anything, Signal is even more secure in terms of encryption. But is that necessarily a good thing in every context? Does Signal in fact make it easier to get away with bad behaviour online? And should young people be using it? 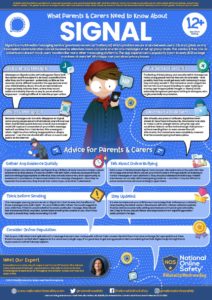